The moulding machine BRAP6 Multipistons is aimed at the production of green sand moulds by means of a high pressure moulding and multi-pistons with differentiated pressures.

2- Moulding with multipistons with differentiated pressures


1- The precompaction of the sand is extremely useful for uniforming the layer of sand near the pattern. The easiest and cheapest method of compacting sand is to make it fall, exploiting the force of gravity and turning potential energy into kinetic energy. As this phenomenon is regulated by the following laws:


In order to obtain the above-mentioned effect, moulding machines of Belloi & Romagnoli are equipped with the pre-loading hopper at about 2-meter height from the pattern.

2- Moulding with pistons with differentiated pressures

The operation of the multi-piston head Belloi & Romagnoli has been designed and developed in order to obtain moulds with a constant hardness on all horizontal and vertical surfaces, also nearest to the flask edge.
To achieve this result, pistons are driven by two differentiated hydraulic circuits: one for inner pistons and one for outer pistons. By setting two proportional valves, it is possible to differentiate pressures in both circuits.

When the squeeze cylinder brings the sand in contact with pistons, sand compaction on the pattern takes place as if the sand between every single piston and the pattern itself were divided into several zones, in a number equal to the number of pistons. Each one of these columns compresses according to depth, sand compactability and pressure exerted by every single piston.
When the compaction of the sand reaches a value greater than the pressure of the piston, the piston begins to withdraw. The different behaviour of the sand near the walls of the flask is adjusted by differentiating the pressure values of inner pistons compared with outer pistons, giving higher specific pressures to outer pistons. (The surface of outer pistons is different from the surface of inner piston, in order to obtain higher specific pressures.)
Once all pistons have been activated and have reached their final position according to the pattern profile, their position is kept and the squeeze cylinder continues its stroke to obtain the maximum uniformity as to hardness of the mould.

The last moulding phase is obviously adjustable and allows to obtain the desired hardness.

Double effect phase is a squeeze from top and bottom adjustable phase that ,thanks to the simultaneous or single ( adjustable and programmable from PLC and function of the PID/algorythm) relative movement of the squeeze cylinder and of the multipistons head, permit to optimize the moulding.


Cycle of operation
The cycle of operation of the machine is the sequence of operations automatically carried out by the moulding machine for the production of a mould and is as follows:
The beginning of the cycle coincides with the introduction of the flask into the moulding machine. At the same time, the transfer device rotates and carries the pattern to moulding.
The pre-loading hopper is filled during the above-mentioned operations.
The squeeze cylinder begins its vertical stroke. With the squeeze plate it then engages the pattern bolster, the flask and the containment frame. The dampers of the pre-loading hopper open and the flask is filled. The multi-piston head is automatically positioned on the moulding axis and the real compaction phase begins.
At this point, with the flask filled with sand, the squeeze cylinder continues its stroke and compacts the sand on the pattern.
At the end of this operation, the squeeze cylinder comes down and the shakeout begins. The descent of the cylinder continues until the squeeze plate reaches its initial position. Then, a new moulding cycle starts. 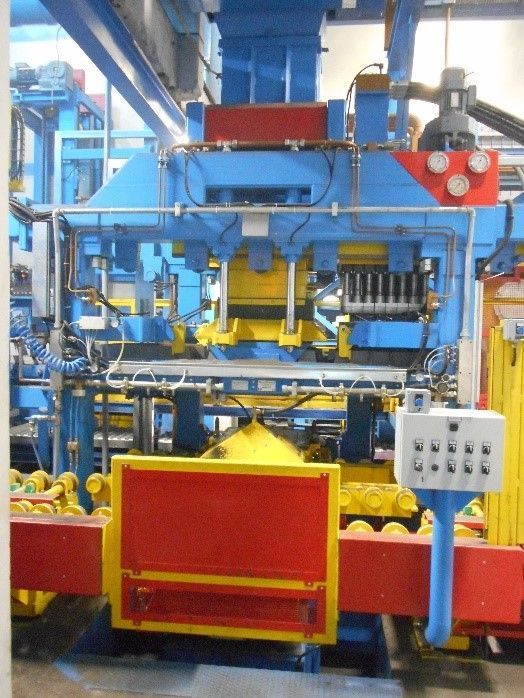 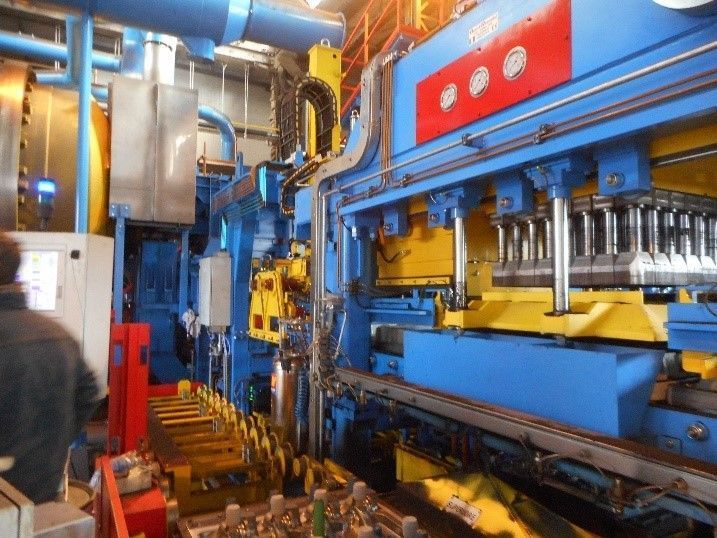 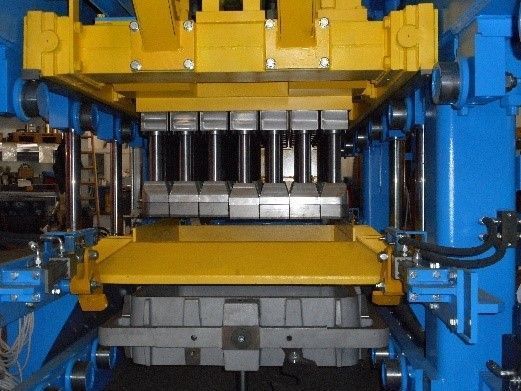 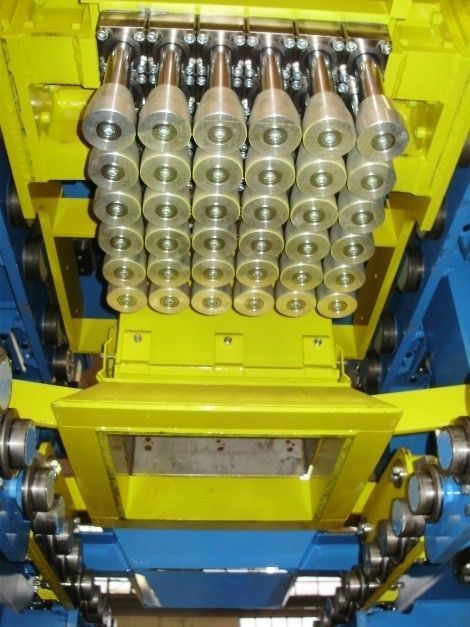